Why constructive criticism is important if you are parent, coach or teacher?

Are you a parent, coach or teacher?

Imagine a situation where your 10-year old boy Simon is playing ice-hockey and his team is losing a game 4-3. In that game referee made a huge mistake and gave penalty Simon ́s team in last minute and opposite team scored the winning goal during powerplay. Despite Simon scored 2 goals the best player award from his team was given a his team mate, goalie David who played extremely well.

What would you say to Simon as a parent or coach after the game?

Before reading any further, please think what your answer would be. 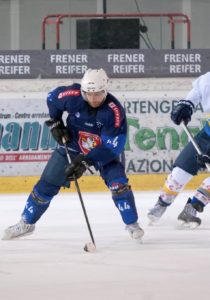 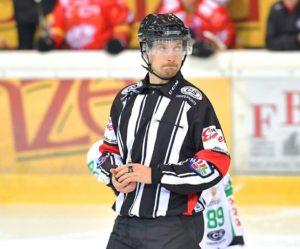 There is a strong message in our society about how to boost self-esteem and main message is: Protect (children) from failure. While this may help with the immediate problem of (child ́s) disappointment, it can be harmful in the long run. Why?

Here are 5 possible reactions of these messages:

The first (you thought he was the best) in basically insincere. He was not the best – you know it, and he does,too.

The second (he was robbed) places blame to others. Do you want him to grow up blaming others for his deficiencies?

The third (ice hockey doesn’t really matter) teaches him to devalue something if he doesn’t do well on it right away. Is this message you really want to send?

The fourth (he has ability) could be the most dangerous message of all. Does ability automatically mean that you get what you want? If Simon and his team did not win this game, why they would win the next game?

The last option (not deserve) seems hardhearted under the circumstances. Obviously you would not use these words but this is the message what growth-minded parent would say.

Using words: Simon, I know how you feel. It is so disappointing to have your hopes up and play your best but not to win or get best player trophy. But you know, you and your team really didn’t earn it. Other team was playing better and deserved to win even without mistake from the referee. David was making unbelievable saves because he has worked so hard and longer than you. If this is something you really want, then it´s something you’ll really have to work for. If you want to play just for fun, it is just fine. But if you and your team want to win more games, you need to work harder.

Once you praise hard work instead of results, that is where the magic happens. You learn others how to learn from failures and do what it takes to succeed in the future. You sympathize deeply with disappointment, but you do not give made-up boost that would only lead to further disappointment.

Next time you are driving home from a game, instead putting blame to coaches, referees or teachers for the child’s performance or team’s loss,when you don’t want to harm your child’s confidence, think differently.

Like this example above shows, children need honest and constructive feedback. If children are “protected” from it, they won’t learn well. They will experience advice, coaching and feedback as negative and not important. Declining constructive criticism does not help anyone ́s confidence; it harms future.